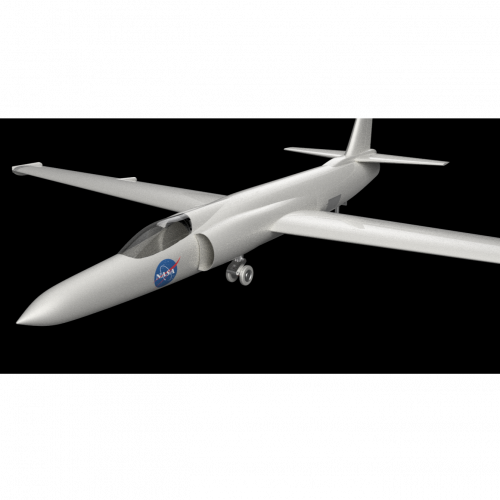 The ER-2 is modified civilian version of the infamous Lockheed U2, also know as the 'Dragon Lady'.

Our 90mm EDF, 3D printable version here features flaps, speed brakes and an optional retractable landing gear. We also include CAD files for designing your own wing pods to suit your mission. See the downloadable assembly manual for more details.

NASA acquired its first ER-2 aircraft in 1981 and a second in 1989. They replaced two Lockheed U-2 aircraft, which NASA had used to collect science data since 1971. The U-2s, and later the ER-2s, were based at NASA's Ames Research Center in Moffett Field, CA, until 1997, when the ER-2s and their operations moved to NASA Dryden.

Since the Airborne Science Program's inaugural flight on Aug. 31, 1971, NASA U-2s and ER-2s have flown more than 4,500 data missions and test flights in support of scientific research.

For our 3D printed version of this aircraft we recommend a print bed size of 220mm/220mm/200mm.

Our model includes files for a retractable undercarriage or a belly lander with a launch trolly.

You can download the Printing and Assembly Manual here.

Please get in touch at rc3dprint@icloud.com, or use the forum if you have any questions.

See the downloadable Assembly manual on this page for more details. Follow the blog for up to date rc3Dprint news.